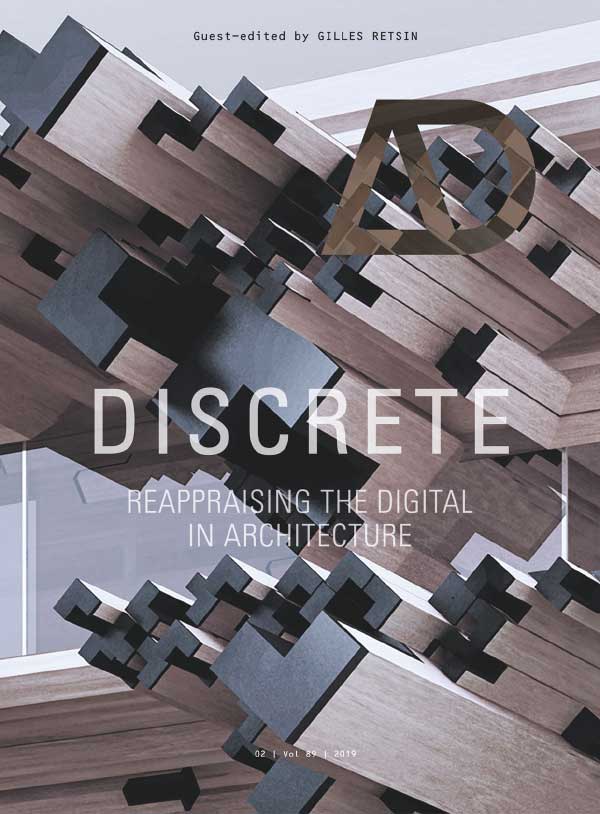 After two decades of experimentation with the digital, the prevalent paradigm of formal continuity is being revised and questioned by an emerging generation of architects and theorists. While the world struggles with a global housing crisis and the impact of accelerated automation on labour, digital designers' narrow focus on mere style and continuous differentiation seems increasingly out of touch.

This issue charts an emerging body of work that is based on a computational understanding of the discrete part or building block - elements that are as scalable, accessible and versatile as digital data. The discrete proposes that a new, digital understanding of assembly, based on parts, contains the greatest promise for a complex, open-ended, adaptable architecture. This approach capitalises on the digital economy and automation, with the potential of the digital to democratise production and increase access.

The digital not only has deep implications for how we design and produce architecture; it is first and foremost a new system of production with economic, social and political consequences that need to be taken into account. This issue presents a diverse body of work focused on the notion of the discrete: from design experiments and aesthetics, to urban models, tectonics, distributed robots, new material organisations and post-capitalist scenarios engaging with automation.